Dave Wolf is a Pennsylvania based outdoor writer with 14 writing awards to his credit. He is the author of 5 books, the latest, “A Flyfisher’s Guide to Pennsylvania.” He has over 8,000 articles and photos to his credits. As for his beloved camera, he claims, “I never leave home without it.”

Go ahead and shoot!

Most outdoor people own cameras, and use them for those “hero shots” we all drool over. As an avid hunter and angler, I like the freedom a camera brings with it. There are no seasons, bag, size, or creel limits. 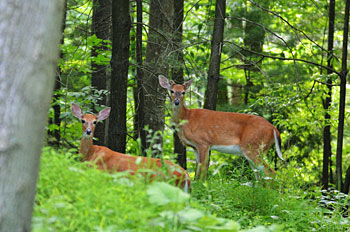 Hunting with the camera.
I heard the rustling of leaves and the familiar snap of a twig. I was certain a whitetail was approaching my position. My shoulders tensed and my breathing became shallow; my reaction to any deer that comes within range. If I wasn’t excited, I would give up hunting.

As I steadied myself, and began taking deep breathes, a young button buck appeared. No, he wasn’t standing broadside, and with a bow or rifle I would have never taken the shot. Click, click, as if the firing pin was broken. The buck paused, gave me the up and down head movement routine, then turned his head as if he was looking somewhere else and brought it back in one fluid motion. I knew he was trying to get me to move, but I stayed put, patiently waiting for a better shot. I captured a few foot stomping images before he snorted and was gone.

I smiled, knowing I had achieved my goal for the morning. In this world of trail cams, few of us get a close-up photo of a white-tailed deer during daylight hours. Now, I can test my camo clothing, cover scent, and attractant all in one outing. 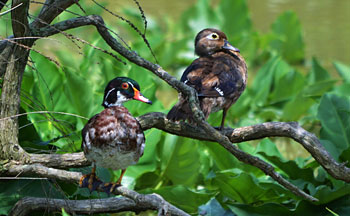 There was a time during my hunting career that I realized I paid little attention to wildlife, unless I was in pursuit. Even then, my mind was so riveted to finding the animal I was tracking, that I even disliked squirrels during hunting season, unless I was hunting them. Now, I can shoot them.

After capturing the deer, I began to scout the area thoroughly. By doing so, I could reap double rewards, digital images, and venison when the season begins.

Shooting the endangered, threatened and protected.
The next day, I shot a number of both state and federally protected birds. I was thrilled to photograph Bald Eagles, Ospreys, Great Blue and Little Green Herons. I was legally in pursuit, and now pay more attention to birds that are amazing fishers.

No elk tag? Not a problem.
Next on my bucket list were elk, and I didn’t need an elk tag to shoot one. Finding bulls was rather easy during the rut in the fall, and if you have never heard an elk bugle, I can guarantee it will send shivers up and down your spine!

Last fall, my wife Karen and I shot 30 bull elk without skinning a one. 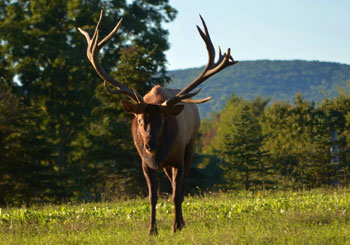 But, I wanted to follow the elk throughout the year, and after a lot of searching, my wife and I found a dozen elk on a single hillside; I actually trembled. There I was, standing on the mountainside, gaping like a kid in a candy store.

Road hunting.
The truth of the matter is, you can road hunt all you want, as long as you pull off to the side and engage your 4-ways. Finding wildlife isn’t easy during most of the year, and is illegal when hunting game animals. But, with my Nikon DSLR, it is perfectly legal and has allowed me to capture a lot of wildlife photos I wouldn’t have gathered otherwise.

While some photographers visit preserves to take their photos, I prefer the wild variety captured in their natural habitat. My goal is to gather photos, and leave wildlife alone when they’re most vulnerable. Both my wife and I have taken some good photos, by slowly cruising gravel and dirt roads through state forest and game lands.

Make sure you turn the vehicle off, so you can cut down on vibration of the camera, and a window tripod is also a good idea. If you don’t have one, find as good a resting spot as possible, something as simple as propping the lens on the window. 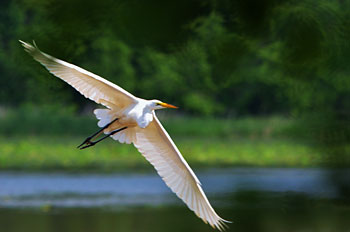 Wing shooting.
I hunted Pheasants practically in my backyard when I was young, and missed more than I hit during my formative years. I began with a single shot .410, and when I was able to collect the necessary funds, purchased what they called a straight stock .20 gauge over and under.

The new shotgun improved my shooting immensely, and I still hunt with that same gun. Ducks and grouse though were a different matter, and I can honestly say I’m still not a good overall wing shooter.

Getting a photo of a bird on the wing has been equally difficult. Trying to lead the bird, and allow it to fly into the frame has worked to some degree. Swinging the camera and lens has also given me some satisfying results. But, I still do not consider my wing shooting to be nearly as proficient as I would like it to be.

Shooting hours.
Shooting hours are listed in the Hunting and Trapping Digest handed to you when you purchase a hunting license. Basically, the sunrise to sunset rule applies to photography as well. All cameras, and the best of lenses will not work in the dark. But, light rather than the digest will tell you what time to start and quit. 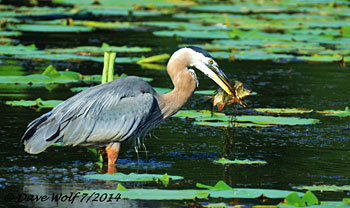 Why.
My introduction to photography came many years ago. As a young aspiring outdoor writer, I found that if I was going to earn an income writing, I needed photos to illustrate my articles. I purchased the best equipment I could afford, and at that time a film camera was necessary.

Today, I’m thankful that the digital age is upon us. I can shoot and shoot until a single memory card is filled, download it to my computer, and have prints made of my best work. Being a hunter has helped, because I’ve learned the habits of many species of wildlife while in pursuit.